This question, “Who do you admire,” came up at a fundraising dinner I attended last week. The question got me thinking about all the wonderful people who have made a difference in my life. There are many who have hel 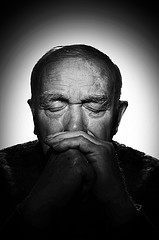 ped me along the way. My heart is full of gratitude towards those who extended their love and support to me.

1.    I admire my step-grandfather for his honesty. He passed away years ago. However, before he left he told me a truth about how he felt helpless to make a difference in a child’s life. How he was sorry for not helping more. He expressed the frustration of being told, “Mind his own business.” He heard, “It’s not your family so you have nothing to say about the matter.”

The child he wanted to help was me. Today, I admire the courage it took for him to say, “I’m sorry. I wish I could have done more.” He took responsibility. He displayed vulnerability. He showed me it’s never to late to step up to the plate and make a difference with those two simple words, “I’m sorry.” It meant a lot to me.

2.    Another person I admire is J. K. Rowling. I admire her because of her accomplishment of writing the wildly popular Harry Potter series. What stands out for me is the amount of commitment it takes to stick with a project so big and long. Also, the fact her stories are creative. I love and envy creative genius. Rowling has given us a gift. I love watching the movies and study the characters. The child in me comes alive with joyful lightness. Additionally, she was near homeless before becoming successful and retains a humble manner. Soon, her next novel for adults will be released. To see her commencement speech clicking her photo to the left.

3.    A tie for the third choice is between the Dalai Lama and Mahatma Gandi. Both men are a symbol of peace. You can help me decide by sending me your thoughts on both men. One of my favorite philosophical quotes from the Dalai Lama is taken from his three commitments:

Mahatma Gahdi’s philosophy of peaceful resistance is beautifully defined in the word he invented “satyagraha.”

Gandhi rejected the idea that injustice should, or even could, be fought against “by any means necessary” — if you use violent, coercive, unjust means, whatever ends you produce will necessarily embed that injustice. To those who preached violence and called nonviolent actionists cowards, he replied: “I do believe that, where there is only a choice between cowardice and violence, I would advise violence….I would rather have India resort to arms in order to defend her honour than that she should, in a cowardly manner, become or remain a helpless witness to her own dishonour….But I believe that nonviolence is infinitely superior to violence, forgiveness is more manly than punishment.” 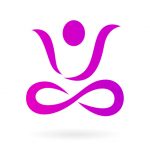 1. So? What Exactly Do You Admire?

2. Become Someone You Can Admire

3. The good among the great: 19 traits of the most admirable, creative and joyous people“

I can’t wait to hear who you admire in your family, community or history ~ real or mythological.