I recently watched Tasha Eurich’s TEDxMileHigh talk, Increase your self-awareness with one simple fix. Tasha is an organizational psychologist, New York Times best selling author and also a Denver local who is well known for her work pairing scientific grounding in human behavior with a pragmatic approach to professional and personal development. 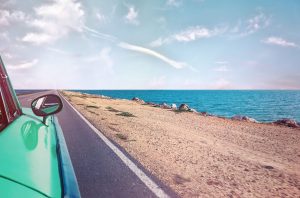 In her talk, Tasha explains that research shows that people who are self-aware tend to be more fulfilled, have better relationships, are more confident and better communicators, perform better at work and often make effective leaders with more profitable companies. She then explained that the study she and her group of researchers undertook found that 95 percent of people initially interviewed believed themselves self-aware. However, using the criteria that defined the study, her research found that only 10-15 percent of the people actually were. In fact, out of the hundreds of people interviewed, only 50 met all of the criteria and proceeded with the study.

The team’s question then became what makes certain people self-aware and others not? We all know that this world can be a bear at times and that we all encounter inevitable losses, challenges, setbacks and pain. It’s also well known, and evidence shows, that people who are self-aware have a better shot at happiness and overall fulfillment. As they started to collect data, however, what surprised Tasha and her team was that people who engaged in a lot of introspection—deep, inward thinking about themselves and their life circumstances—expressed that they were stressed, dissatisfied and felt less in control of their lives. While becoming thoughtful and even fixated on a certain event may have helped at the onset of an issue, those who continued “thinking through it,” remained caught up in events and challenges rather than taking actions to move forward. Essentially, their focus was on the “why”—Why is this happening to me? Why do I feel so poorly? Why did he/she do that?, etc., instead of on the “what.” What can I do about it? What are situations that make me feel poorly? What is most important to me?

Ask What Instead Of Why

Tasha’s talk reminded me instantly of a blog post I recently wrote, What’s Your So What? Make A Major Life Change With Mindfulness And Grit. “So what” is a common term/practice used by journalists to help determine what about an article makes it important, interesting, relevant and timely to their intended audience. After talking with a journalist friend of mine, I realized that this practice could be cultivated by each of us when considering if making a change in one’s life holds value and could bring fulfillment.

Tasha’s talk was certainly in alignment with the information that I provided in my post, and I loved that she took it a step further by discussing the benefit of shifting the why to the what. According to her research, solely focusing on the WHY of a situation created stress. Alternatively, focusing on WHAT could be done about it and taking action allowed people to experience increased personal agency, fulfillment and control over their lives.

While introspection and curiosity are important elements of self-awareness and personal growth, like anything else, too much inward thinking can be distracting, damaging and even paralyzing. It can take us off track and become stifling. Think about overwatering a plant. Too much water will lead to its demise. Think about overeating. Too much food, especially junk food, can lead to health issues. The same can be said of overthinking. When we think too much without taking actions that support our values and goals, we become stuck. A common acceptance and commitment therapy (ACT) idea provides a good example of this. Thinking too much is like being in a hole with only a shovel. With just the shovel (our thoughts), we continue to dig a deeper and deeper hole and never get out of the funk.

How To Turn Why Into What

More and more research is showing that too much introspection leads to increased stress, which most of us are trying to manage and mitigate. More current research, including Tasha’s, suggest that it’s the behaviors we adopt and the actions we take that eventually lead us to living meaningful, fulfilling and vibrant lives

Conditioned to usually focus on the why, it can be difficult to know how to reframe the question into a what. The following three tips can help.

Connect to your values

Our values are essentially our life compass. When we identify them and take actions that are in alignment with what is most important to us, our lives can become more fulfilling. What is most important to you? What do you most value? Values are dynamic and often change throughout our lives, although it’s not uncommon to have a set of core values that thread throughout our lives. For example, core values of mine include love and peace. And, today, with kids grown and my husband retired, adventure and play are important to me. Living in alignment with my values, we often take trips up into the high country of Colorado, spending time with each other and engaging in adventures in nature.

Sometimes, however—and especially when we feel stuck or are in transition—it can be challenging to determine what is most important to us. If you’re struggling to identify your values, check out my Creating Your Beyond Values Cards, which can help you cultivate personal awareness and tap into what gives your life breath and breadth.

As humans, we tend to spend so much time in our heads rather than considering messages of the heart. We tend to ignore, rationalize, minimize or become consumed with pain rather than allowing emotions to just be and mindfully contemplating what painful feelings are trying to tell us. There are messages in all emotions and much wisdom to be discovered and uncovered when we allow ourselves to simply feel.

Look outward rather than inward

Rather than spend too much time in your head circling over and over why something happened, use your time to consider what you can do with your time and energy to move toward your values, goals and, ultimately, what brings meaning and a sense of fulfillment into your life. Instead of continuing to suffer inwardly and overthink everything, which can become paralyzing, get out there and go do something—anything. Even small steps and actions that are in alignment with your values can create meaningful shifts in your life. These can be as small as taking a walk, going to a class that interests you or meeting up with an old friend for coffee.

And, at the end of the day, it’s all really just life, right? It’s dynamic. It’s amazing and awful, real and raw, painful and perfect. Embrace it!